So where are they now?

I don’t keep in regular contact with iApps Pty Ltd or its current employees. For obvious reasons, I’m generally not on speaking terms with that organization. When I must speak with them, I try to keep things as terse, matter-of-fact, and non-conversational as possible. However, there are a few interesting things that I’ve seen pass through public records and other publicly accessible sources of information.

According to public ASIC filings, all shares in Mandra IT Pty Ltd were acquired by a company formed in Hong Kong by the name of Mandra Limited in September of 2014. This would seem to imply that AgSuite/iHerd, a software product iApps developed for Mandra IT, has transferred to this offshore entity.

An iApps co-founder once asserted to me, after I had left the company, that their intent had always been and remained to build an organization where everyone was a stakeholder, and that every stakeholder in iApps “vicariously” held shares in businesses that iApps held shares in such as Mandra IT. I said I found that hard to believe, as from what I could see it looked like the company was being set up so that only two people would benefit.

I think these ASIC filings have some relevance to that past discussion. If the intent was really for everyone to be a stakeholder, then everyone would have gotten a tranche of Mandra IT shares before they were all acquired. The ASIC records certainly don’t show any evidence of a “vicarious” shareholding by any iApps employee, apart from the company’s two co-founders.

Social media updates indicate that iApps Pty Ltd, or at least its co-founders, had dealings with a business called I-On Plan (formerly known as I-On Risk). This company recently began marketing the product shown below:

Pretty slick. And also strikingly similar to a product that iApps Pty Ltd developed for MLC in 2011/2012:

The resemblance is undeniable. Here are some side-by-side comparisons created from publicly available resources: 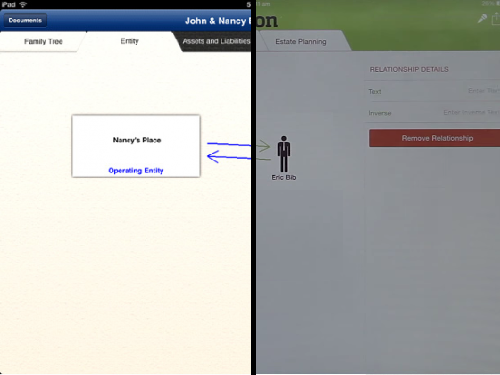 I will request clarification on this matter from the stakeholders involved, and report an update here if any news is forthcoming.

Also interesting is that until relatively recently iApps had a ‘testimonial’ on their website for MLC Succession: 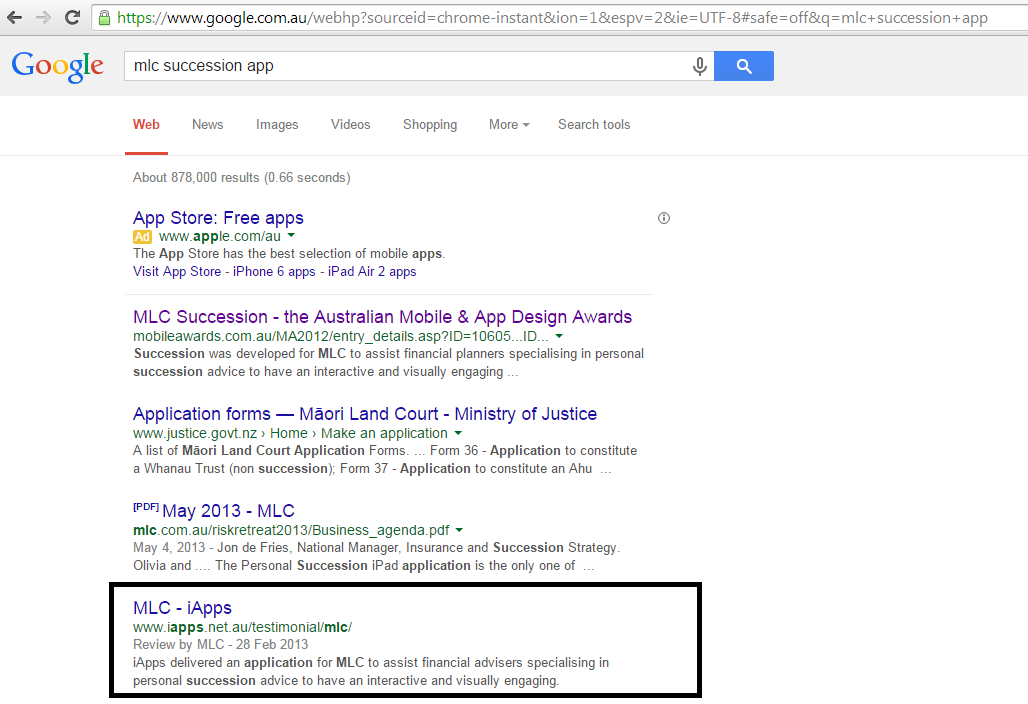 The testimonial has, however, been removed:

I can’t say why it’s been removed, though ‘routine spring-cleaning’ doesn’t seem like a plausible explanation given that iApps appears to be somewhat lax in that area. They are (as of 2/1/2015; see Update 1 below), after all, still advertising their old Maroochydore address despite having relocated to Sippy Downs around June 2014. Hell, they’re even still advertising me as their chief architect (or were, until around mid-June 2015; see Update 2 below). I haven’t worked there in over a year, and neither have several of the other people listed on that page. But Google for ‘iApps team‘ and that’s the first result you’ll get.

P.S. iApps, please do not refer to me in any context that implies I’m currently employed there. That implication is untrue, and all things considered I definitely don’t think my reputation benefits by having that implication perpetuated. So please remove my details from your list of staff members, or edit the entry to make it clear that I haven’t worked there since 2013.

Update 1: iApps appears to have corrected that old address, on or around 5/1/2015. So at least they’re paying attention. But they’re still promoting me as their chief architect, and I’m still waiting on that acknowledgement/apology/retraction I asked for earlier.

Update 2: As of 18/6/2015 that “iApps Team” page appears to have been taken down. It was likely taken down at least a few weeks beforehand, as the page had also expired from Google’s index by that time. So that makes two out of three. Perhaps that acknowledgement/apology/retraction isn’t so far-fetched, though I’m still not going to be holding my breath over it.

According to public records, iApps Pty Ltd is now a 50/50 joint shareholder in Alive Corporation Pty Ltd, the corporate entity behind Clubs Alive. iApps received an increased shareholding in this company in mid/late September 2014, shortly after the Mandra IT acquisition.

In any case, Alive Corporation held will hold a $10,000 giveaway/lottery to promote their platform and encourage users to log into their various published mobile apps in December 2014 May 2015.

So it would seem as though Clubs Alive is doing at least passably well. And with the acquisition of the Mandra IT shares, it may be the strongest asset that iApps Pty Ltd is still a stakeholder in.

Edit: Or so I thought. However, the lottery drawing has been rescheduled from December 2014 to May 2015 due to “technical difficulties”. Is it of any import? Your guess is as good as mine.

This entry was posted in banter, editorial and tagged iapps. Bookmark the permalink.

One Response to So where are they now?