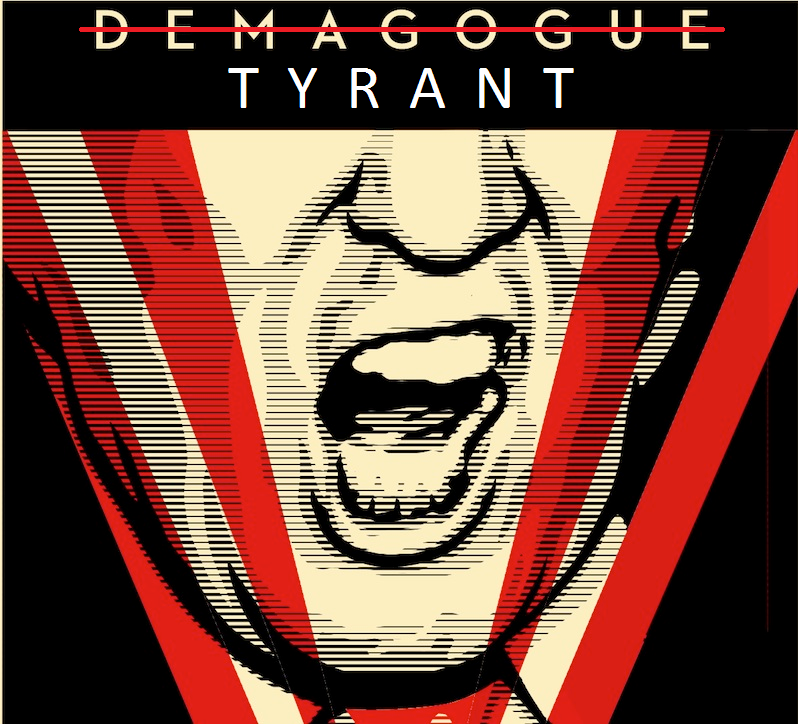 What can I say that hasn’t been said already? So I’ll just encourage anyone who’s opposed to the idea of a Donald Trump presidency to join the millions that have already signed this petition:

It may have only a snowball’s chance in hell of actually accomplishing anything, but at least it lets you add your voice to the thunderous chorus of opposition. And not because Hillary won the popular vote. Or because Trump is a racist, a sexist, a self-confessed serial abuser of women, and an all-around abhorrent example of a human being. Those are valid issues, but they’re not what’s important here.

What’s important is that Donald Trump openly campaigned on a platform that falls somewhere in between tyranny and full-blown fascism, with campaign promises that have included (among other things):

And a government that tramples over peoples’ inalienable rights like that is exactly the sort of thing that the founding fathers sought to prevent.

The ideals of the founding fathers were freedom, tolerance, and equal rights and protection for all. Their single greatest fear was institutional tyranny. They established the electoral college as a guard against that possibility. Or, as James Madison put it in the Federalist Papers, to stop “a number of citizens whether amounting to a majority or minority of the whole, who are united and actuated by some common impulse of passion, or of interest, adverse to the rights of other citizens, or to the permanent and aggregate interests of the community” from taking over the government. Sounds a lot like what’s going on with Trump, doesn’t it?

It would be proper for the electoral college to block a Donald Trump presidency. Trump clearly and unequivocally promised to rule as a tyrant if he was elected. The policies he campaigned on and promised to deliver are “adverse to the rights of other citizens” and against the “permanent and aggregate interests of the community”. So yes, sign the petition and see what happens.

And in the meantime: denounce, rebuke and repudiate. Protest (peacefully!). Speak out against racism, intolerance, and baseless fears. Defend those least able to defend themselves. Oppose tyranny in all of its forms.

This entry was posted in banter, editorial, politics. Bookmark the permalink.